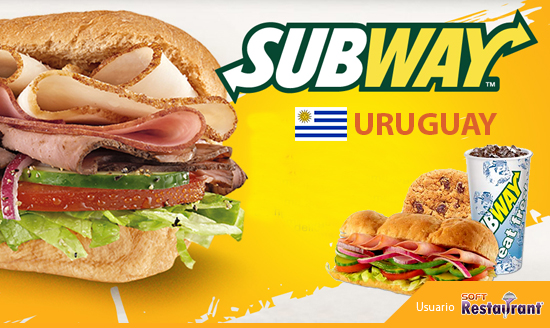 In 1965, Fred Deluca finished high school in Bridgeport, Connecticut, USA, with the idea of ​​going to college, like any other boy his age.

He was hard-working, independent, and very alert, but he worked in a hardware store where he earned so little that he could not afford his education. A little discouraged, Fred considered asking an old family friend, Dr. Peter Buck, to loan him the money he needed to pay for college.

They met and Fred told him of his intention to study to be a doctor. Dr. Buck did not lend him the money he wanted, but gave him an idea that would change his life and that of many people around the world. He said, "You should open a sandwich restaurant." At first the idea sounded strange to him, but Dr. Buck explained in detail until he was convinced. That same night Fred and Dr. Buck formed the partnership that would lead to the first SUBWAY®.

The restaurant was called Fred & Pete's Submarines, and on opening day at lunchtime, it was unexpectedly filled with customers. Since that day, SUBWAY® has not stopped growing. Fred and Pete's goal was to open 32 stores in 10 years; But in 1974, eight years after the first one opened, they just owned and operated sixteen restaurants in Connecticut, only half of what they had planned.

To further boost the business, Fred and Pete considered the possibility of converting the company into a franchise, an idea they had previously discarded because they considered it an option "for the big guys." In the end they decided that franchising was the key. Fred met with his friend Brian Dixon and made him a proposal that he could not refuse: he offered him a loan to buy one of his restaurants, and to make the idea even more attractive, he told him that if he did not like the business he could pay it back. without owing him anything.

Brian was the first SUBWAY® franchisee - thus imposing a new business model for the company. With this format, Peter and Fred not only reached their goal, they surpassed it. Today, with 43 years of operation, SUBWAY® restaurants are the largest sandwich chain in the world, with more restaurants than McDonald's® in the United States, Canada and Australia.

In addition to the awards and accolades that Fred Deluca and the network received, the SUBWAY® name and its products appeared in numerous television and film productions. The SUBWAY® franchise came a long way from the modest sandwich restaurant in Bridgeport, CT!

Our commitment to our customers: Serving Quality Bread

As part of our ongoing commitment to providing quality products, we have been working on numerous improvements to bread.